I want to add another line that starts with “A time to” in the Bible passage Ecclesiastes 3:1-8.  The new line could be anywhere in the series.

Don’t blink or you’ll miss it! 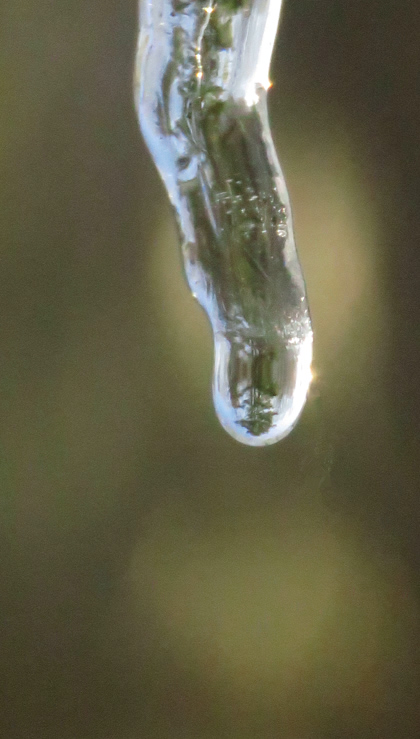 While I could not resist giving this post a silly title, I do respect the yin/yang wisdom of Ecclesiastes 3:1-8 and have already proposed a related serious addition to the “A time to” lines.  Those who have seen and liked yet another addition are welcome to comment with a line and/or a link.

There are 8 lines that start with “A time to” in the famous Bible passage Ecclesiastes 3:1-8.  I want to add another such line, anywhere in the series.

even the schoolmarmish rules can be valuable in the right context

correct English but appropriate English—English suited to the occasion

(where I have replaced italics by boldface, which is better for emphasis in sans-serif fonts).

One of the book’s few weaknesses is in the examples of being suited to the occasion that Lynch uses.  While they are appropriate, the lack of any other examples may be misleading.

I believe there are some occasions where some of the rules are genuinely helpful for clear communication with a sincere and attentive audience.  I use [sincere] to describe people who want to know what somebody has to say.  (They are not just looking for excuses to pounce.)  I use [attentive] to indicate that they are not so hung up on assorted inane rules that violations are ipso facto distracting.  (If U know any better words, please suggest them.)  After reading the entire book, I am confident that Lynch and I are in general agreement, with some wiggle room for agreeing to disagree about which rules suit which occasions with sincere and attentive audiences.  The examples of suitability that Lynch uses could give a different impression.

The example of a job interview (between the passages quoted above) and a hasty reading of pages 274 and 275 (hardcover) could mislead students.  Young people tend to be rebellious and skeptical of authority.  Rightly so.  They also tend to be utopian and simplistic about what rebellion might accomplish and whether other people are good guys or bad guys.  Students do “need to become proficient in the standard form of the language” for grubby reasons like job interviews and access to “the corridors of power” and the sad fact that being sincere does not imply being attentive.  (Sometimes men need to wear neckties and women need to wear high heels, tho both would rather not.)  Apart from wishing that Lynch had been more explicit about not-so-grubby reasons for proficiency with some of the rules, I could applaud pages 274 and 275 until my hands bleed.

With curly braces around a place where I paraphrase a longer stretch of text, this section ends with more excerpts from those eloquent pages.

Clarity has to remain paramount; anything that interferes with clarity or precision of expression is a genuine obstacle to communication …

{What Samuel Johnson said about a wise Tory and a wise Whig} can be said of the two camps of language commentators—a wise prescriptivist and a wise descriptivist will agree, despite all the differences in their modes of thinking.  The problem is that the people shouting loudest about language are rarely wise.  The more extreme prescriptivists routinely make the mistake of assuming that standard English, which usually means the language of a certain class from the previous generation, is the only acceptable English.  The more extreme descriptivists make the mistake of assuming there’s nothing special about standard English, that it’s merely one variety among many.  A balanced approach would acknowledge that change happens … and that we should all learn to stop worrying and love language change.

But that approach would also recognize that … readers come with various hang-ups, preconceptions, and biases … A good writer, therefore, won’t wantonly split infinitives—not because infinitives can’t be split, not because it’s some moral outrage, and certainly not because the English language needs to be protected, but simply because split infinitives might distract readers who’ve been taught that they’re wrong.  At the same time, a good writer won’t let these rules get in the way of real communication.  Grace and clarity should always trump pedantry.

Amen to that.  I will bandage my hands and be right back.

Consider the convention of putting the full name and address of the recipient at the start of a professional or business letter, which was a big nuisance in the hard-copy world of my youth.  That standard convention struck me as a silly rule because the recipient would know their own name and address.  I got into the habit of avoiding the nuisance.

One day I sent a professional letter to a colleague (call him Joe Jones), with a CC to another colleague (call him Joe Smith) who might be interested.  My letter had just “Dear Joe:” after my letterhead and the date.  The line saying “CC: Joe Smith” was at the end of the longish letter, so Smith was confused for a while by text that seemed to be putting what Jones had said in Smith’s mouth.  Glad my tone was friendly and polite!

In today’s world (with Ctrl-C and Ctrl-V and printing from soft copy), the rule that letters “should” start with the recipient’s full name and address is no longer such a nuisance.  Apart from contexts where starting that way would be pompous, I would rather make obeying the rule habitual than try to obey it only when needed and then accidentally miss a needed case.

In the same spirit, I tend to write rather formally, as with [is not] rather than [isn’t] (let alone [ain’t]).  But not always.  Sometimes [is not] would be stilted.  Sometimes the zing of a rarely used [ain’t] is wanted.  So be it.

As Part 3 and Part 5 and Part 6 have noted, standard English (plus a few rules against things that are “correct” but confusing) can help in communicating with people who are not native speakers (or who are native speakers from a different subculture).  Standard English is not just for grubby things.  It’s also for communicating ideas that are new and unexpected, ideas that are counterintuitive but perhaps also true and good and beautiful.