Skip to content
In response to a CDHK challenge, this post completes a tan renga in praise of dandelions.  Yes, dandelions.  They are spunky flowers, not weeds.
(BTW, the [Menu] button atop the vertical black bar reveals the widgets.)

As my earlier post in praise of dandelions noted, the same spunk that frustrates prissy gardeners also thrusts green and gold into the grayest and grimmest of our cityscapes.  I like that tradeoff, so I am glad I can respond to 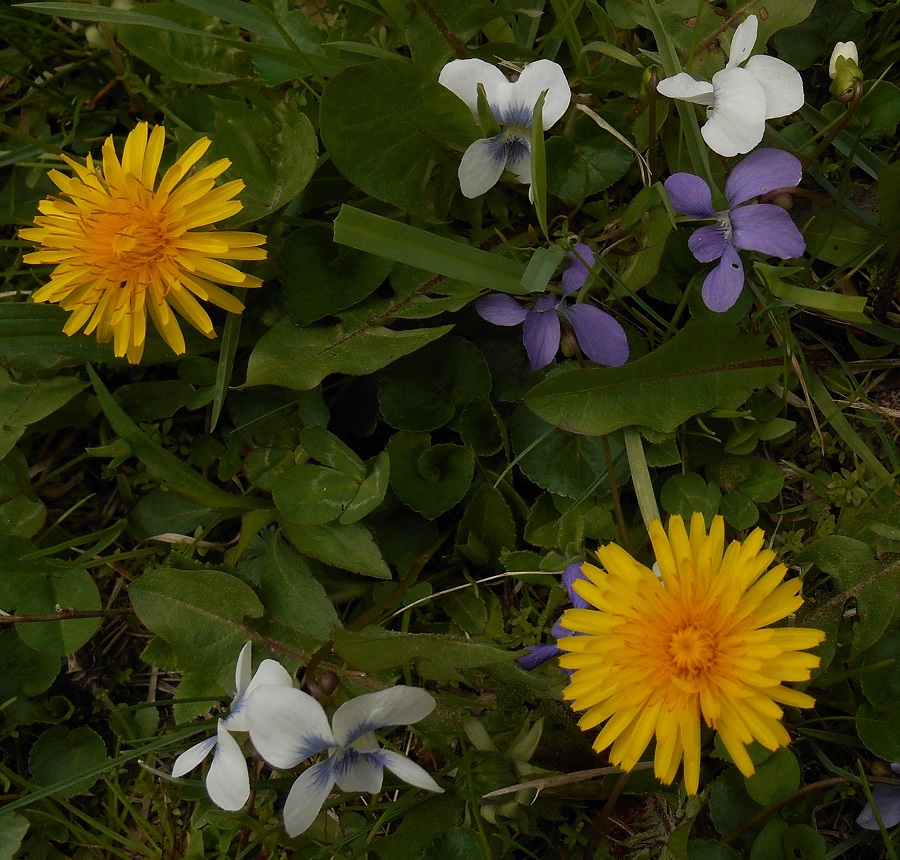 Would the dandelion have a better rep if we had translated (rather than anglicized) the Old French name?  Not likely.  Every flower is the same bright yellow, so there is no variation for plant breeders to coax toward white or red and then offer “Snow Ball Lion’s Tooth” or “Fire Ball Lion’s Tooth” in seed catalogs.  Any klutz can grow dandelions, so they give gardeners no bragging rights.

Nowadays the French have a derogatory-sounding name for dandelions.  Were the royal gardeners frustrated by the plant’s defiance of the oppressive formality of the plantings at Versailles?  The Germans have kept the good old phrase “lion’s tooth” (in their own language, of course), as have the Italians and the Spanish.  If it ain’t broke, don’t fix it.

When many people see a dandelion, they see a weed.  I don’t.  I see Löwenzahn, the Wagnerian Heldenblume that thrusts green and gold into the grayest and grimmest of our cityscapes.  I see Dent de Lion, the Enlightenment philosophe whose call for liberty and rationality rides the wind.

I do pull weeds; I do not pull dandelions.

– Gray button (upper left corner) reveals widgets, –
– above post (on phone) or beside it (on desktop). –
9
Loading Comments...