Skip to content
In Dickens’ tale, Madame Defarge is obsessed with vengeance.  The characters in our tale have different obsessions.  One of them is with understanding the code used to knit the fabric of reality.
(BTW, the [Menu] button atop the vertical black bar reveals the widgets.)

When they called for weird stories to be submitted for Volume 2 of The Rabbit Hole, the editors suggested science and/or weather and/or entertainment as themes.  While the suggestion was not a requirement, many of the writers who responded did use those themes.  In particular, You’re Not Late has great synergy between weather and an aspect of science other than weather forecasting.  Maybe there are other great synergies; it will take me a while to read all the stories in RH-2.

Modern scientific theories are also stories, of a special kind.  Tho hard to read w/o wrangling equations, they are gloriously predictive and useful.  (U don’t need hard copy to read this post.)  They are also weird.  As the editors remark in the preface:

The stories are weird because life is weird; all these stories do is cross the boundary of our logic and assumptions, fetch a few samples from whatever lies beyond, and bring them back for you to see.  Just as explorers did in ages past, and scientists do today.

Back in 1935, the physicist Erwin Schrödinger told a story to illustrate the weirdness of quantum theory.  The story eventually became a celebrated meme, and here is yet another celebration:

Ode to Schrödinger’s Cat
|Schrödinger’s cat
|is both skinny and fat;
|both dead and alive
|(past age seventy five);
|both purring and hissing
|(while measurement’s missing);
|both mewing and yowling
|(while Einstein is howling).
|Schrödinger’s gone,
|but his cat carries on
|with a Cheshire cat grin
|at the pickle we’re in. 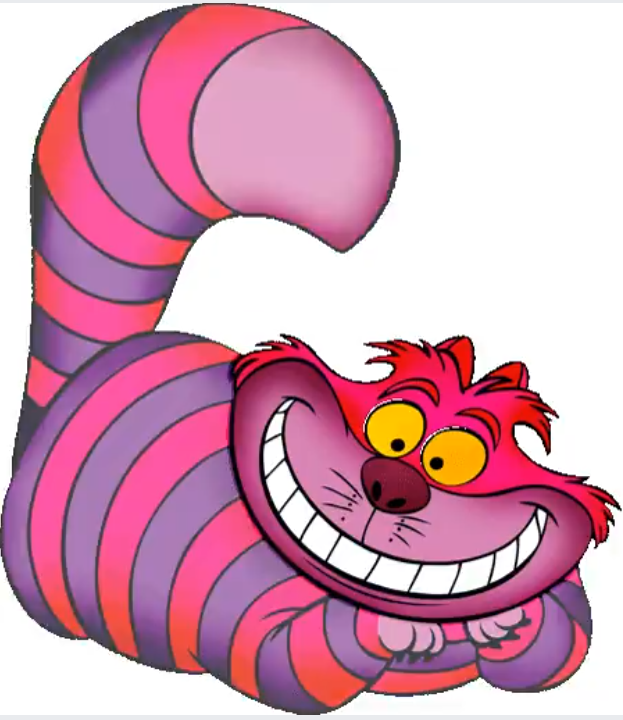 Hmmm.  Saying that the cat is “both dead and alive” is a common (and admittedly oversimplified) shorthand for the statistical limbo called “superposition of states” in quantum theory.  Here is a closer approximation to what the theory actually says:

Despite having a deterministic philosophy, Einstein had no qualms about common-sense probabilities: 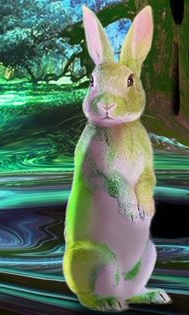 Is the clash between quantum theory and common sense just something for novice philosophers to argue about?  Nope.  To see why, we don’t need the nasty gadgets in Schrödinger’s story.  We need two kittens from the same litter, in separate boxes some distance apart.  We also — ah — ah — ACHOO!  The cat dander is ticking off my allergy.

Never mind.  There is a short humorous allegory about this stuff in my story Entanglements, with petting but no pets.  Spoiler alert: quantum theory wins.

To see the Disney version of the Cheshire cat do its thing, U can get to a video on Facebook by clicking on the cat’s image here.  Clicking twice on the cat’s image there will start the video, but only buying RH-2 will get U to the 29 weird stories.

4 thoughts on “A Tale of Two Kitties”