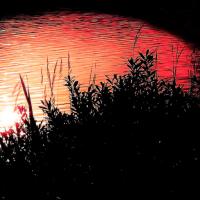 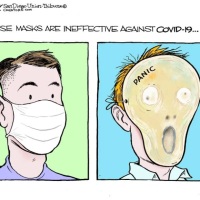 Skip to content
Follow the photons.  The backstory of one illusion begins far away and ends on a window pane.  The backstory of another illusion turns day into night, but not in the same way as the challenge that inspired this post.
(BTW, the [Menu] button atop the vertical black bar reveals the widgets.)

A ghostly translucent squid seems to hover in midair between the viewer and nesting herons.  No, I did not combine a heron image with a squid image in my photo editor. 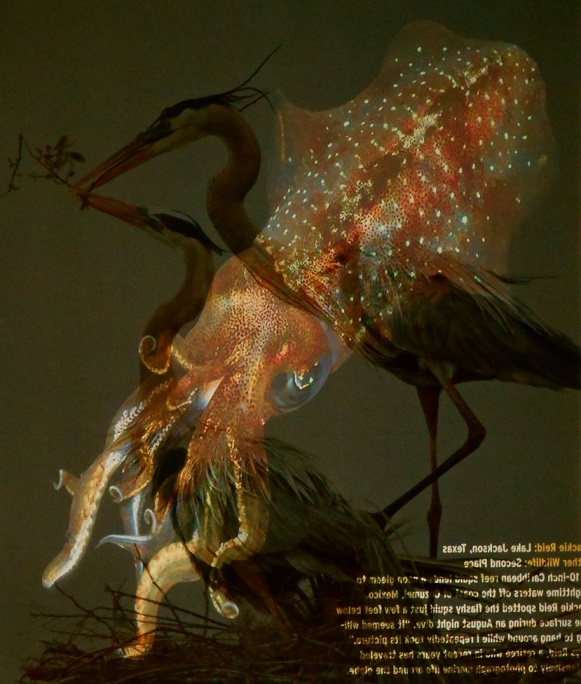 The photo is of a page from National Wildlife magazine, taped to window glass and lit from the outside.  (The page blocks a reflection of the sun from a neighbor’s window.)  The squid looks a good deal closer than the herons despite being farther away, but only by the thickness of the page.  The illusion in real life is just like the illusion in the photo.

The photo below illustrates a haiku about a bright full moon shining thru autumn leaves.  Is it really the moon or just a flood light?  Neither.

The photo was taken by daylight.  The sun was above and behind me, but the light was dappled by unseen leaves (between me and the sun) before reaching the leaves I photographed.  I was hoping for some chiaroscuro and got more than expected by sheer dumb luck.  Most of the photographed leaves were in shade.  Thanks to some unusually reflective green leaves that were in bright sun behind the colored ones, those colored leaves seem to be transmitting light from behind them when they are actually reflecting light from in front of them (and behind me).

The photos displayed above were chosen from among several exposure settings, then edited only by cropping.  More extensive editing may be needed to create other illusions or to compensate for differences between how cameras and eyes see things.  In particular, consider the challenge that inspired this post:

Illusions ~ Pic and a Word Challenge #213

Here are smaller versions of the images displayed in the challenge:

Desaturating a deliberately underexposed photo turned day into night.  At any single exposure setting, a photo of the contrasty daylight scene would be either washed out in light areas or blacked out in dark areas.  (Maybe both.)  Editing merged several exposures to approximate how the scene looked to human eyes.  Visit the challenge for more details on HDR editing and a fine haiku with no technical prerequisites.

3
Autumn is the best season of the year and also the shortest, unless we submit to calendar tyranny and say that “late fall” includes the leafless gray weeks before the winter solstice.
(BTW, the [Menu] button atop the vertical black bar reveals the widgets.)

I have a daylight photo that looks much like a shot of the full moon thru colored leaves, so I can illustrate Chèvrefeuille’s beautiful evocation of true autumn while responding to

Ending Too Soon
|Wind speeds up!
|Leaves fall in panic!
|Clouds roll in …